Confidence training - doing one thing every day that scares me.

Do one thing each day that scares you.

For me, that could consist of numerous activities.  Most of all, anything which exposes my 'real' self.   To share anything which I have created from my heart scares the absolute shit out of me.

Lack of self-belief; the fear of being rejected, ridiculed, told point blank that what I have created is complete shit.

I surmise at times that my efforts at writing are utter crap.

I mean, what is my message?  What point am I attempting to get across?  Sure, I love writing, putting my chaotic thoughts down upon paper and attempting to make sense of the mess.

But am I actually any good?  Does anyone actually benefit from what I write, or ought I just keep my words hidden away in a private journal, stashed under my pillow?

Being deemed good, or shit for that matter, is all relative.

Yet being aware of this does not lessen the insecurity felt from within.

In an attempt to grow in confidence, I have decided to set myself the task of doing something each day that scares me.  Something that causes me to feel a little nauseous, but ultimately empowers me.

I am not talking about grand things; no bungee jumping or anything like that.

Just little things, things which may seem insignificant to an outsider, but which are huge deals to me personally.

For little over a year now I have been putting my poems to music.  I think I have around five poems which I have crafted into songs.

I love singing.  However, to sing my own songs in front of anyone causes me to have a complete meltdown.  Karaoke I can do, belting out another's song is fun (and usually happens after a shot or five of dutch courage).  But performing my own songs?  Shit, that's like peeling back the skin of my chest to expose my heart.

If someone tells me I can't sing, well that's cool, it's a matter of opinion.  To be told you can't sing and that your song sucks?  Well that's just fucking murder of the soul right there!

Okay, so I'm being over dramatic, but the fear of ridicule combined with a lack of self-belief has meant that none of my songs/poems to music have ever been heard by anyone other than myself (and my mum!)

So, in the spirit of "Project Confidence Boost", yesterday I decided to record myself singing one of my songs and post it to my Facebook profile.

Now my Facebook profile is locked down private, and only those who are on my friends list can view anything I post.  So it was not like I was putting myself out there for the criticism of complete strangers.  Still, it terrified me just as much as it would have done if I had been posted it on an open profile.

Still I did it.  As I pressed post I thought 'fuck it, what's the worst that can happen?' followed by a distinct sick feeling.

Why the fuck would anyone want to watch this?

The accompanying caption to the video stated that I was in no way delusional or attempting to be the next Lianne Le Havas, but I felt the need to share a little bit of me.

The song/poem writing is a hobby, it brings me joy.  The point of sharing wasn't anything more than an exercise of putting myself out there, to show myself that the consequences of doing so would not be as dire as I had imagined.

It also brought me to a significant aha moment.  Without feedback how can I improve?  And this isn't restricted to the music, but to everything we create in life.  Without sharing, we never get the opportunity to receive feedback (good and bad), and without feedback we will never know if others like or dislike something we have created - in a way, we stunt our own growth.

I also discovered that I felt a sense of power in doing something that scared me.  Even if no one had seen or bothered to comment on my little video; the act of putting it out there felt good.  I did it.

Now to decide on what today's 'scary thing' will be.

Don't be so hard on yourself - Self love & Compassion. 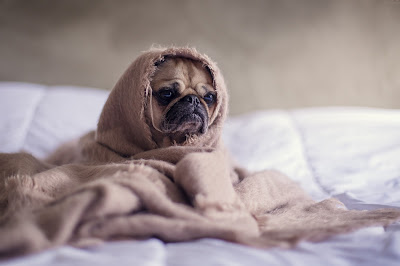 The past few days, those exact words have been playing on a loop inside my head.  I have been in a major funk.  Stuck in an imaginary limbo created by my own mind and amplified by my penchant for procrastination.

I am my own worst enemy, a harsh critic.  There is no one on this earth whose words could be so scathingly hurtful as my own.  In a way this is something of a blessing, another's opinion and criticism of me will never hurt me as much as I hurt myself.  It is also paralyzing curse that shackles me to the radiator and leaves me stuck in non-action.

The root cause - fear and low self-esteem.

Both of which are the reason I have a section of my living room floor dedicated to stacks upon stacks of self-help literature and 'how to' guides.

I berate myself for not being passionate or ambitious enough in regards to money.  Money has never been what drives me.  When I was younger and had dreams of becoming a dancer, my mother, in her concern for how I would support myself, warned me that dance was a precarious profession and that I would be best of focusing on a 'proper job'.

My response was, and I still stand by it: I would dance for free, money isn't the reason for wanting to follow my dreams.  In the same way I write for free.  I write because I love it, I dance because I love it.  To make money from my dreams would be fantastic, but it is not what lies within my motivations for pursuing them.  I do what I love regardless.

I'm happy in low stress ( I say this relatively) hospitality roles.  Waitress work in bars and restaurants suits me just fine.  I love the interaction, the busyness, the physical nature of the job.  Roles that do not put so much pressure on me that they suck the life force from me and leave me lacking energy to pursue what I truly love.

There is so much emphasis upon making a career from our dreams.

And that totally kills the fun and joy.  And for me personally, when too much pressure is added my creativity likes to take a hike.

Depends on our unique perceptions.

Through writing this very post, with no clear view of how it would come together, or what the clear focus of it would be, I have managed to free myself from the self-inflicted funk.

This is what I love about writing.  It allows you to come to realizations you hadn't even thought of prior putting pen to paper - or fingertips to keyboard.

I am frustrated by my lack of money driven ambition.  And that's okay, simply because; I am not a failure because I am not driven by monetary reasons.  I still pursue what I love.

So what if I am not over enthusiastic for planning and organisation and desk jobs and the corporate realm.  So what if the thought of donning a suit everyday and working for 60 hours a week doesn't fill me with excitement.  So what if I am met me looks of bewilderment when I say that once my degree is finished that I would rather work in a cafe/bar and be happy whilst earning just enough for my needs, than work in an office and be stressed and unhappy whilst raking in the moulah.

If we are happy and content with our choices, in turn that makes us kinder people.  Money doesn't create happiness, it creates the greater possibility for freedom, but it keeps you imprisoned in the quest whilst you earn "your freedom".

Freedom is a state of mind.  Happiness is a choice.

I am not lazy simply because I do not want to spend my life rushing around and getting stressed out over, what in the end will turn out to be, very trivial shit.

Comparisons to others are deadly, and a enormous waste of emotional energy.

I am totally at peace with the person that I am.

Procrastination could be seen as the souls way of telling you that the shit you're putting off isn't completely necessary in the grand scheme of things anyway. Plus, I also tend not to procrastinate when I'm doing what I love.  It's the things that I hate and that don't truly align that bring about procrastination (for me anyway).

Ta rah funk.  I'm choosing to stop being so hard on myself.  For now at least...
Posted by Unknown at 02:07 No comments: